What is stem damage and how to avoid it?

Stems carry the flower and give the flower access to water. The stem should remain undamaged to enjoy the flowers as long as possible. Do not remove bark or thorns from the stem. Did you know that stem scrapers and thorn removers belong to the top 10 list of torture treatments for flowers?

Effects of flattening/hammering
In this old myth, it was assumed that flattening the stems would increase water absorption. This is actually the case, for a very short duration, but the hammering damages the cells in the stem and stem bark to such an extent that much of the cell moisture leaks out. For micro-organisms, this provides a veritable feast and they will use it to rapidly multiply in great numbers.

Effects of burning
Burning the stem ends literally kills the stem-part! The background of this technique is the stopping of the so-called ‘bleeding’ or opening of the woody stem parts, with the objective of enabling water uptake. At first an increase in water uptake may be observed. After a few days, however, this dead stem end begins to rot and release organic matter from the stem bark into the container/vase water resulting in a strong decrease in flower development.

What can you do? 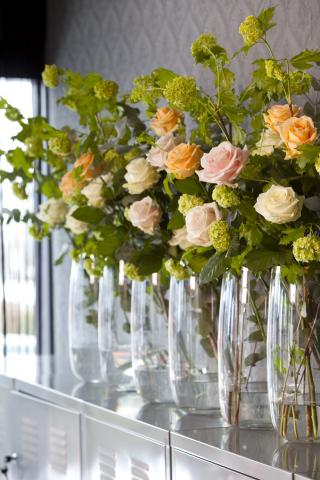 ‘An ounce of prevention is worth a pound of cure’. The growers and florist products for flower care that are available in the floral industry, the so-called post-harvest treatment and professional products, keep the cut surface open and stimulate water uptake. With this type of treatment, the stem tissue stays intact, and the container/vase water is not burdened with contamination and materials that hamper the development of the flowers.